About a year ago, it was revealed that an under age sex worker in Oakland had been traded around by the Oakland Cops like an old baseball player. When Oakland Mayor Libby “Yuppie” Schaaf couldn’t contain the scandal, she hired the San Francisco law firm of Morin Jacob to “investigate.” In the San Francisco Chronicle of today (March 6) it is revealed that this firm basically produced nothing in exchange for the $11,000 they were paid. 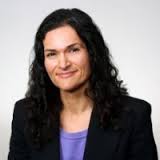 Morin Jacob.
Her resume explains that she handles defense of employers against discrimination suits as well as defending cities, police departments, etc.

But not so fast. They didn’t produce nothing; they produced a valuable cover-up for Schaaf, the OPD and the rest of them. Who, after all, is this law firm? They are a firm that typically represents police departments and cities against lawsuits!

This is simply a case of the police – or in this case their representatives – “investigating” themselves.