The key to the situation lies in plain sight. It’s like the Sherlock Holmes story about the dog who was silent in the night. Nobody noticed the dog’s silence exactly because he was silent, but that was the key to solving the mystery.

Meanwhile, Amy Cooper tried to use her white privilege (there’s no other word for it) to get a black man arrested in New York because he had the gall to ask her to leash her dog. She was so intent on trying to sic the cops on the man that she damn near strangled her dog in the process. In this situation, every encounter between a cop and a black man is potentially a death sentence for the black man. But for Amy Cooper, her “right” to let her dog off leash mattered more. (She should have been arrested for filing a false police report.)

We have protested, blocked freeways, even destroyed property… Nothing seems to even slow down these serial murderers. How can it be even slowed down? We mentioned the silent dog who was never noticed. The “silent dog” in this situation is the union leadership. Where, in all the protests, have the unions been? Look at their web site https://aflcio.org/. Not a mention of George Floyd. True, it’s just been a few days after this latest outrage, but guaranteed in a week from now his name will still be missing. 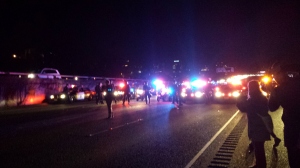 cop cars face off against protesters on 580 freeway in Oakland

Oaklandsocialist has been to almost all the protests in Oakland over these outrages. The unions have been entirely missing. On one or two occasions, the ILWU did bring out a few members (just a very few). That was when the heat was on. But even then, their leadership continues to support the very same politicians who cover up for and thereby enable these murderous cops. In fact, just yesterday I was at a protest against cuts in city services organized by the SEIU. Not a mention of this latest outrage. Granted, that was not directly on topic, but still, they should have responded to this murder and it’s certain they won’t call a protest against it.

Union members should not think this doesn’t affect them directly. The same way that the union leadership bows down before the corporate-controlled politicians they bow down before the employers. And as far as the membership of the unions: If we don’t apply simple solidarity, the simple concept that “an injury to one is an injury to all”, in this instance, then when will we ever? 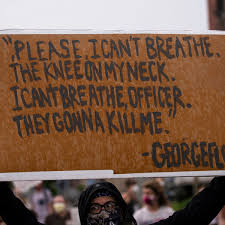