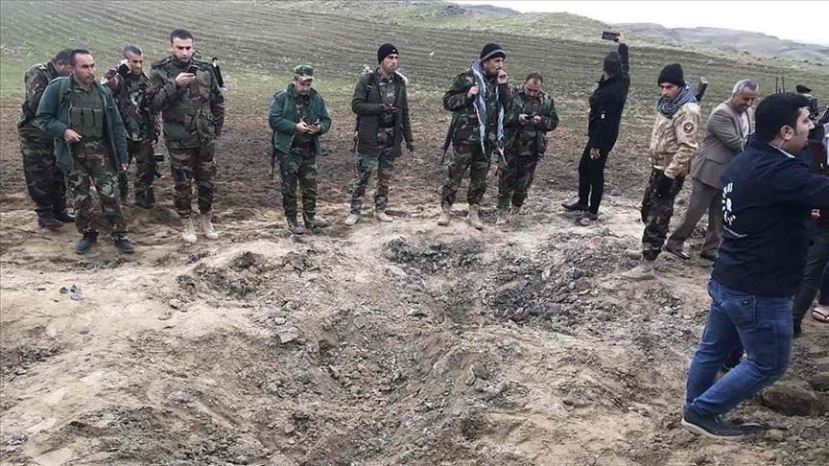 Results of Iran missile strike in retaliation for US assassination of Soleimani.
The damage was extremely limited and it’s hard to believe it wasn’t intended this way.

On the evening of the Iranian missile attack on military installations in Iraq that housed US troops, this writer wrote on Facebook: “…. I don’t think that either Trump nor Khameini/Rouhani want an all-out war. But the latter had to respond to Trump’s terrorist assassination. They had to respond both for internal domestic political reasons as well as for reasons related to Iranian influence throughout the region. One possible scenario that I was wondering about was whether it was possible that there could be an agreement, arranged through intermediaries, that Iran would respond with some sort of retaliation, that Trump would strike back, but a limited response and that there would be a series of gradually de-escalating responses.

“That could be completely, 100% wrong. It could be that the crazed Trump, along with the crazed Pompeo, Pence, & co., will now go all out. That will be enormously devastating to the Iranian people as well as to the people of the entire region.

Trump: “so far, so good!”
It is now about 12 hours later, more facts are filtering out, and it appears that no US or Iraqi troops have 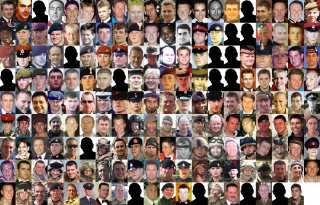 Composite image of those who were murdered on Iran Air flight 655
“July 1988 the United States Navy warship Vincennes “accidentally” shot down Iran Air 655, a civilian passenger plane, and that nine months later, General Suleimani arranged the pipe-bombing in Washington of a vehicle driven by the wife of the Vincennes’s commander, Capt. William C. Rogers III. (She survived the blast.)
The CNN reporter implies that this demonstrates how volatile and dangerous General Suleimani was. But the F.B.I. was unable to establish that the bombing of the Rogers vehicle was an act of Iranian terrorism; the case remains open. And the attack on Iran Air 655 by the Vincennes wasn’t, in any meaningful sense, accidental — and it killed 290 people, 66 of them children.
In 1988 I traveled to Iran for the funerals of those 290 civilians. Their bodies had been fished from the water of the Persian Gulf and brought home for burial. My editor called me as I left for Tehran, asking me to consider the possibility that Iran shot down the plane itself, since she thought it odd that the recovered bodies were unclothed. “Did they put naked corpses in that plane before they shot it down?” she asked. [Talk about conspiracy theorists!]
She could be forgiven for not knowing the relevant physics: Clothing would be torn from the passenger’s bodies as the exploding plane plummeted from the sky into the sea. It was harder to forgive her cultural unawareness: A state as obsessed with modesty as Iran was — to the extent of covering every hair on a woman’s head and every male kneecap — would never consider undressing bodies before blowing them up.
Ignorance surrounded — and still surrounds — that tragedy. In the immediate aftermath of the downing of Iran Air 655, the United States military’s prevarications came thick and fast: The plane wasn’t in the civilian air corridor. (It was.) It didn’t have its transponder turned on. (It did.) It was descending toward the Vincennes. (It wasn’t.)” From NYT 1/18/2020

been killed, and that the former perspective seems to be the most likely. In fact, according to CNN, the Iraqi government received an official warning from the Iranian government before the missiles hit. They would have communicated this warning to the US command, allowing them to protect the US soldiers. That is similar to the US air strikes on Assad facilities in Syria. In both those cases, the Trump administration had warned Assad through giving the Russians prior notification.

There may be some sort of retaliation from the US, but most likely it will be minor and things will probably wind down from there.

Future for US troops?
In this writer’s opinion, it is also unlikely that the US troops will be withdrawn from Iraq. While the Iraqi parliament voted for that, the Kurdish representatives and others absented themselves from that vote, which carried no effect of law. As tensions wind down, that vote will very possibly be forgotten. Nor does the Iranian government necessarily really want the US troops out. After all, their main function in Iraq is to combat ISIS, which is also the main threat to Iran inside Iraq. In addition, the presence of the US troops gives the Iranian regime a convenient foil.

US capitalist opposition to Trump
Inside the US, Trump’s lying has come back to haunt him. Even the capitalist media is pointing out that, given his frequent lies, there is no reason to believe his claim that Soleimani had been planning a new attack in the coming days. Also, from ex-Republican Max Boot to the NY Times, condemnation of Trump’s action are nearly universal within the capitalist class. As the Times wrote, Trump “careens like a bumper car from one crisis to another, many of them self-created, rarely pausing to set a straight-ahead course but never lacking for energy and always willing to ram into other vehicles. No matter how much aides try to impose an orderly process, he still prefers seat-of-the-pants governance, leaving advisers scrambling to adjust.” That is not a good way for the capitalist class to rule. Far too chaotic.

Only the editors of the Wall St. Journal support Trump’s behavior. After all, it’s a small price to pay for the immediate boost to profits.

Trump’s poll numbers
Momentarily, this has increased the popular opposition to Trump at home. Whereas up until now, Trump was getting credit for the expanding economy – and the growing 401(k)’s – now his volatility, lying and the chaos he’s creating around the world is coming more into focus for some. That is why support for impeachment See:https://projects.fivethirtyeight.com/impeachment-polls/ has increased to 50.3% vs 46.3% opposing it. Just before the terrorist assassination of Soleimani, the figures were 47.8% in support of impeachment while 46% opposed it.

The Democrats universally criticized Trump’s actions. Sanders’ main criticism were that it was a violation of international law as well as that it was not authorized by congress. Right wing conservative Trump critic Max Boot criticized Trump’s unpredictability and volatility. And Nancy Pelosi response was to put our trust in god “We’ve got to pray,” she said.

The AFL-CIO has completely ignored the issue.

So, as the crisis recedes, Trump will be able to claim victory, since the Democrats and the AFL-CIO (is there a difference?) have ignored the movement of workers and the oppressed all along. That means they won’t be able to point out how that movement has been weakened through this crisis, if they even wanted to point to it. (Which they don’t.)

“Peace and justice” movement
The “peace and justice” movement, reflecting the lack of connection with the working class at home or abroad, is also out of touch. Like the right (Boot) and the liberals (Pelosi to Sanders), this movement entirely ignores the movement from below in countries like Iran and Iraq. While Code Pink actually supports the Iranian government, others like Max Blumenthal and United Antiwar Coalition (UNAC) support the war criminal and mass murderer Assad. Since they forget about the role of the working class inside such countries, all they can see is the apparent conflict between those governments and the US government. They don’t see the common interests between these different capitalist governments nor do they stop to analyze beneath the most superficial, so they assume that the conflict will lead to open war. Code Pink sent out an email saying “The bombs are falling. The war has begun.”

Despite their claims, it seems that a war is not going to happen. If that is the case (although it’s not certain), then it will be interesting to see if Trump’s polling numbers increase.

What really matters: workers and the oppressed
So the net effect of all of this will most likely be a major set back to the popular revolts from below in Iraq, Iran and also probably in Lebanon, where Hezbollah will probably be strengthened. (Since almost all wings of the “peace and justice” movement as well as the socialist left have ignored this movement from below, they will not be able to point this out.) That is a win-win for both those governments as well as for US capitalism. It is also a reminder of the enormous volatility of the present situation – how quickly things can turn from mass revolts from below to reaction… and back again.

Note: also see ourprevious articles: For a workers movement to stop the US war on Iran , the statement from the Alliance of Middle East and North African socialists and our Report on on the SF anti war march.