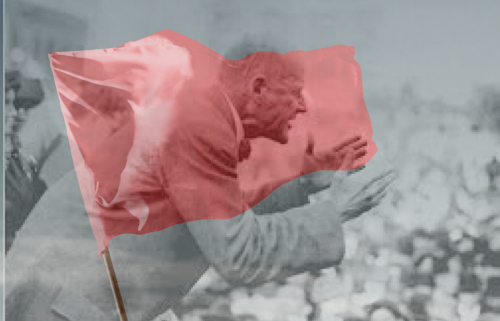 Some comrades in East Bay DSA (EBDSA) have formed the Eugene Debs Caucus. What is happening in EBDSA can best be understood by understanding the strategy of the Democratic Party. That strategy is to ride the health care issue, including “single payer”, to a congressional majority (they hope) in 2018 and then back into the White House in 2020, after which they will drop “single payer” like a hot potato if they regain power.

How seriously they can be taken on the “single payer” issue is seen by the fact that when they actually had control – right after Obama was elected in 2008 – they refused to even discuss not only single payer but even having a public insurance option for their health care reform! The Democrats’ strategy revealed itself in all its glory recently here in California where the Democrats raised the issue and then made sure to kill it. (See this article for the gory details, as well as for a critique of single payer itself.)

There is now an ongoing debate around internal democracy within EBDSA. The lack of democracy that many feel is directly related to the issue of the direction of EBDSA and of DSA in general. Attached are two documents of the Eugene Debs Caucus.

Social Democracy or Revolutionary Socialism?
The development of a mass political party would be a huge first step, but only a first step. It would open a new era in the class struggle in the US and open the way for revolutionary socialists to gain a real base in the US working class.

This article explains why and how. social democracy or socialist revolution?_

NOTE: Please note that this was written two years ago and a lot has changed since then. In particular, we are entering a presidential election cycle. While it was realistic for DSA to have organized some working class election campaigns for local candidates two years ago – candidates who opposed both capitalist parties in whole – that is no longer true. Meanwhile, we have the environmental disaster looming as well as the barbarity of Trump’s border concentration camps. Instead of doing nearly nothing but campaigning for Sanders (who is very unlikely to win the nomination), DSA should be leading the way in building militant, disruptive protests around these issues. That is how a movement was built in the past, and that is how it will be built now. It is out of this struggle in the streets, work places and working class schools that a new mass working class party is most likely to be built. The article “How to Start a Workers Party” outlines this perspective. As this article shows, that’s what’s happening in Germany right at this moment.