Last week, Oakland Mayor Libby Schaaf told the media she is determined to “run a police department, not a frat house.” The mayor of 18 months continued, saying she wants to “root out a culture that tolerates unethical behavior,” and that “At a time when communities across the country are questioning police culture, it is critical that our officers operate ethically. This is especially important in a community like Oakland, where trust between the police and the community has been broken in the past.”

The “frat house” in question is the Oakland Police Department (OPD), an institution known for its rapes, murders, racism, brutality, and general disregard for the vast majority of Oakland’s poor, non-white, and/or politically active population. In short, the OPD is a police department like all the rest. Now, Oakland’s men and women in black are scrambling following revelations of trafficking a minor and statutory rape engaged in by “at least fourteen Oakland police officers, three Richmond police, four Alameda County sheriff’s deputies, and a federal officer.” Also of interest is the likely murder cover-up by the OPD involving former officer Brendan O’Brien. (O’Brien – the officer who first encountered the trafficked minor and started having sex with her in 2014 before introducing her to other officers – likely killed his wife in 2013 before committing suicide in early 2015).

Of course, we didn’t need this newest “scandal” to convince us of the criminal nature of the OPD and all police forces across America.

The Oakland Police Department has its roots in armed groups of white men tasked with protecting the property of Oakland’s up-and-coming shipyards and controlling its mostly black labor force. This followed a pattern of policing in the Northern States in which organized bands of full time professional officers were tasked with protecting the private property of burgeoning capitalists. Departments in the South formed to protect a different kind of property – slaves. In 1966 the Black Panther Party was founded in Oakland largely in response to police brutality against working class blacks. One of the many tactics of the Panthers – dubbed public enemy number one by J. Edgar Hoover – was to police the OPD. Armed with guns, pencil and paper, and citizens’ rights leaflets, Panthers would follow OPD cars, stop whenever they stopped, and make their presences known to the officers. (It’s no surprise that the nation’s first gun control laws were passed in California – with help from then-governor Richard Nixon and the NRA – to take arms away from the Panthers). 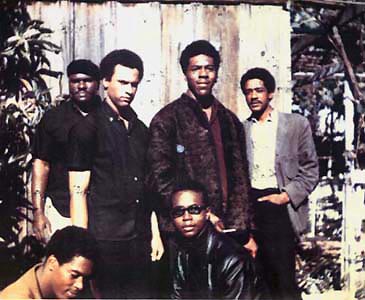 The original six Panthers: point seven of their Ten Point Program read, “We want an immediate end to police brutality and murder of black people, other people of color, all oppressed people inside the United States.”

Starting in 1996, a group of four OPD officers – the “Rough Riders” – began a spree of violence that led to $11 million in settlements and 90 cases being thrown out. In 2000, all four officers were charged with terrorizing and beating suspects, planting evidence, and making false arrests over the four-year period. (An all-white jury would later clear the four officers on eight counts and deadlocked on the remaining 27). Since 2003, the OPD has been overseen by a federal monitoring board (labeled “independent” but currently led by a former Rochester police chief) and mandated to make certain reforms – changes the OPD consistently fails to make.

The Occupy movement brought masses of dissatisfied people – a mix of classes and political agendas – into public spaces across the city. Protestors were routinely harassed and beaten by police, and agent provocateurs infiltrated encampments. In Oakland, protestors first occupied Frank Ogawa Plaza and renamed the area in honor of Oscar Grant, a 22-year-old black man murdered by BARTPD officer Johannes Mehserle in 2009. The OPD, under then-mayor Jean Quan, responded to Occupy with such force that even the corporate media took note when protestor Scott Olsen was nearly killed by a non-lethal round to the forehead. During interactions with protestors officers covered their name tags with black tape, illegally detained several reporters and protestors, and abused and denied council and medical care to many of those in custody. Settlements for police abuse during Occupy Oakland have topped $6 million, a portion of the nearly $74 million the city has spent since 1990 to settle over 417 lawsuits against officers – the largest sum spent by any police department in California.

Oakland police clash with Occupy Oakland protestors in 2011. The city has since had paid millions to settle police brutality cases brought by protestors.

As we navigate such shocking and numerous examples of police misconduct, it can be easy to lose sight of the forest through the trees. Capitalism – an economic system based on the division of labor and private ownership of the means of production – requires a state with “armed men…material adjuncts, prisons, and institutions of coercion of all kinds” to impose the will of a few exploiters upon the many exploited. Police are bound to uphold the law, and the law in all instances is written by the ruling class in order to protect and further the means by which they make their exorbitant wealth. Weaving through instances of explicit brutality, the greatest crime committed by police is their protection of an economic system that negatively impacts millions of people nationally and billions globally. The sick and criminal culture that does exists within the ranks of the OPD and police in America is only a reflection of the economic system they are tasked to defend – a system strengthened by, and responsible for, the continued presence of racism, sexism, xenophobia, and other backward ways of thinking.

The capitalist class, alarmed by new financial crises and the fragility of its two-party duopoly, is taking steps to give their protective forces more weapons and even greater freedom to trample the constitution. Contrary to Obama’s word, the flow of military grade weapons to police departments has not stopped, and politicians continue to capitalize on blowback from their imperialist wars abroad to advocate for increased police state measures. Increasingly, states are pushing to make resisting arrest a felony offense, and so-called ‘Blue Lives Matter‘ laws are making violence against police a hate crime – despite the fact that police in America have never been safer. In addition, an increasing number of security drills across the country indicates a preparation for the mass imposition of marshal law – a scenario most Americans have been conditioned to accept, as evidenced by the largely apathetic public response to police activities following the Boston Marathon bombing.

Our task is to take power away from the current ruling class before it’s too late. Socialism – the logical solution to capitalism’s inevitable contradictions – would see a society free from the division of labor in which crime would fall as each individual is given a job, an income, and the means by which he or she can self-actualize.

But that future is a long ways off. Until then, socialists must explain the class character of policing in America and its necessary place in a capitalist economy. Work must be done to join together all those made especially vulnerable to police violence and to explain the impossibility of police reform independent from a larger attack on the capitalist system. While Libby Schaaf and other elites across the country may be questioning “police culture” and “unethical behavior,” the majority of working class people – especially those made extra vulnerable by race, gender, and/or sexual preference – question the very role of the police as an institution within a class based capitalist society. Increasingly, we can see the forest through the trees. And as our eyes open to business as usual under capitalism, our demands will come into direct conflict with the needs of the ruling class. In our way stands a coercive state apparatus – the police – existing, in the final instance, to protect the desires of a few.