The New Apartheid: The rise of Zionism and the founding of the Israeli State 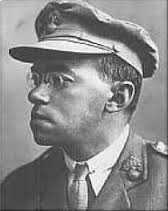 “Today, Zionism is a major force amongst the world’s Jews. Probably the great majority within the Jewish community here in the United States sympathizes with the State of Israel and its policies to some degree or another. This was not always the case, however. Up until the 1930s, Zionism was seen as a fringe movement within the Jewish communities of Europe and elsewhere.

“This was because the idea of a national Jewish state did not reflect the material conditions of the Jews; they did not make up a true national grouping, as do the Kurdish or East Timorese people for instance. They were spread out throughout the entire world, often speaking different languages, eating different foods, having different cultures. While they were brutally oppressed in many regions (such as Eastern Europe and Russia), the idea of building a new nation thousands of miles away did not reflect their experiences or conditions. Those young Jews who wanted to fight against oppression of their people, in the main, turned to social democracy and later to Communism as the solution. They saw the oppression of Jews as being integrally linked with the oppression and exploitation of capitalism itself and did not see any solution within the confines of capitalism. The largest and most influential Jewish political force at that time was the Bund. (The Bund was a social-democratic, or reformist socialist, organization that existed throughout Eastern Europe.)”

The original Zionist movement did not call for an independent state in Palestine; it only called for European Jews to move there and represent British colonialism. As they gained influence in Palestine, they drove Arab workers out of one workplace after another, to be replaced by Jewish workers.

The wing of Zionism that called for an independent were the “Revisionists” led by an out-and-out fascist, Vladimir Jabotinsky. During WW II, the inheritors of his group – the Stern Gang (which was a terrorist group) – offered to join the war on the side of Hitler!

In the Nazi ruled areas, the Jewish capitalist class betrayed the Jewish masses time after time. See this history of the heroic Warsaw Ghetto uprising, for example.

The only reason that Zionism gained a base was the crisis of capitalism – as seen in the rise of the Nazis – and the fact that the road to socialist revolution did not seem to be open at that time. That was because of the role of the bureaucracy in the old Soviet Union.

This is not just “history”; it’s a living lesson for today’s struggles against racism,anti-semitism, oppression in general and against capitalism itself. We welcome the comments and questions of any of our readers – either as comments here or you can email: Oaklandsocialist@gmail.com